a.  Link with the first phase

During the first phase of COSYS-Med, the actions undertaken made it possible to establish solid links between the various North (MIO et MARBEC) and South (CBS, FSB et INAT) partners on a new issue for the IRD in this region. The logic proposed was based on a “project” approach around three thematic axes, research, training and transfer, the research axis being itself subdivided into four work-packages (Measure, Evaluate, Explain/Predict and Remedy). The first phase made it possible to create a consortium of researchers capable of proposing and setting up multidisciplinary projects with the support of national and international donors with real dynamism (21 projects submitted, 47 co-publications listed on June 1, 2018, see LMI COSYS-Med report).

The main objective of the second phase is to capitalize on the experience acquired in the first phase to help set up a reference center in the marine environment in Tunisia. For this, the partnership framework has been opened up to other institutes specialized in marine sciences (INSTM), in the detailed analysis of chemical contaminants (INRAP et HSM) but also in modeling (IPEIT).

The activities of the LMI have been grouped around four objectives which aim to provide a better understanding of the interactions between contaminants and marine ecosystems, while offering on the one hand decision support and remediation tools for managers and on the other hand, capacity building so that the reference center has the necessary skills to ensure regional and international visibility.

b. Results expected from this second phase

To the institutional side, the expected product is the creation of CREM in Tunisia, a center that will be created according to the legal and administrative framework currently in place in the country.

The arrival of four new partners (three South and two North) testifies to the partnership dynamism of the LMI in a logic of openness and complementarity to provide the CREM with the multidisciplinary skills necessary in the fields of marine sciences, biotechnology marine, modeling and physico chemical analysis. The Northern partners offer a real complementarity of expertise in these disciplines, which will facilitate exchanges and the transfer of skills. The strong involvement of LMI partners in the MISTRALS Transversal Pollution Contaminants Action is also a positive element in achieving these objectives.

The dynamism observed during the first phase in terms of the production of scientific knowledge will be reinforced with the arrival of new partners on issues that have not been addressed until now, such as the continental inputs of contaminants via rivers (project of research led by HSM and INSTM). Similarly, the study of hydrodynamic circulation, essential for a good understanding of the dynamics of contaminants, will be favored by the arrival of new partners (INSTM and IPEIT) and will make it possible to better understand the interactions between contaminants and ecosystems.

The bioremediation of contaminated sites with the support of biotechnologies could be oriented towards the recovery of mining waste from the phosphate industry, waste which is rich in metals, the exploitation of which can be considered (INRAP-CBS-Groupe Chemicalfrom Tunisia). Finally, the MERITE HIPPOCAMPE campaign planned in 2019 on the oceanographic vessel ANTEA will allow a cross-section of the contamination levels between the southern and northern shores of the Mediterranean, but also the possible entry routes for these contaminants into the food web.

The scientific valorization of phase 1 will be reinforced through the emergence of new research themes favored by the widening of the partnership field. An effort will be made to enhance the value of fundamental research work towards applied fields with the support of the structures of the North and South partner institutes, particularly in the biotechnology and operational oceanography sector.

Capacity building, initiated during the first phase, will continue in phase 2 of the LMI. Particular attention will be paid to the transfer and exchange of skills so that the CREM has efficient platforms, and competent and recognized researchers and technicians. 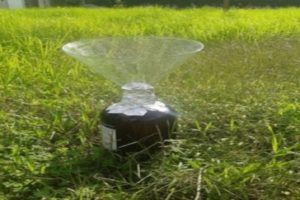